Apple HomeKit is a better smart home platform than you think. Here's why 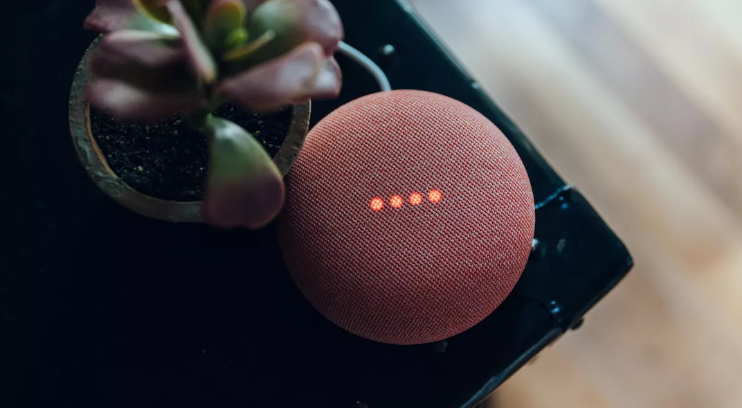 Amazon and Google certainly steal headlines, especially when they announce partnerships with thousands of brands or new voices from celebrities like John Legend or Samuel L. Jackson. But voice assistants alone are poor measures of a home's intelligence, no matter who they sound like.

The competition for best smart home platform doesn't have a clear winner at this point, and each contender has serious problems. But Apple's HomeKit platform has cast a vision of the smart home that is uniquely different from Amazon's and Google's: it's a vision less concerned with capturing coverage and racing for countertop real estate, and more concerned with reliability and security.

Before diving into why Smart Home show think HomeKit is the best smart home platform right now, we want to point out the most glaring issues with Apple's ecosystem. The first and most important problem with HomeKit is its lack of a budget smart speaker like the $50 Echo Dot and Nest Mini. Voice assistants are part of what makes smart devices so easy to use around the house, and a centralized smart speaker solves the problems posed by different family members using Siri on their iPhones, or not having iPhones at all.

Another alleged problem with HomeKit is its closed-garden approach to partnerships, which has left it with a few dozen product integrations to Google's and Amazon's thousands. I will argue below, however, that this is less of a problem than it seems at first.

Some people may also point out Apple's reputation for wringing money from its customers by switching up its chargers and requiring new dongles, artificially degrading its own hardware (arguably to encourage people to upgrade) and simply charging exorbitant prices for its products. I share concerns about all these issues, but given Google's and Amazon's recent privacy records, I'd say Apple doesn't stand out to me as uniquely unethical in a Wild West of an industry.

Finally, many people seem to hate the idea of using Siri to power their smart home. Siri sounds more robotic than Google Assistant and Alexa, and Apple seems to have invested fewer resources in its voice assistant than have its competitors. But Siri does exactly what many iPhone users want her to do: The novelty of asking silly questions has largely worn off, and most of us use voice assistants much more often to call a friend hands-free or play music on a smart speaker than to fact-check a conversation (which Google Assistant is admittedly much better at). In short, if you want a voice assistant to play music and control your smart home, Siri will do just as well as Google Assistant or Alexa. There is slight variation between the three, but not enough to hinder an average person after a few weeks of use.

After confronting the shortcomings of HomeKit, the one I find most compelling is the lack of a budget speaker to affordably anchor the ecosystem. It's not just a missing product; Apple has seemed flat-out unwilling to make household voice control for HomeKit more accessible. That brazen refusal to keep pace with competitors rightly makes HomeKit customers nervous -- that their platform might forego other innovations or that Apple's slow approach could disincentivize partnerships.

So any praise for a voice-centered HomeKit platform should come with that one serious caveat: It might work well for single-person households or for those for whom $300 isn't a serious financial investment; for the rest of us, the barrier to entry is stupidly high.

But HomeKit also has a lot of under-recognized strengths, and those are the real reason Apple's smart home ecosystem stands out from the others.

Apple's Home app has remained largely unchanged since its launch in 2016, but that's because it's really well designed. As soon as you open the app, you can add new devices, new routines or new automations with one or two taps and no scrolling whatsoever. The app also gives easy access to your existing smart home -- devices, routines and automations -- to activate, edit and delete as you desire.

By contrast, the Google Home app remains littered with various icons, which often still require three or four unintuitive taps to reach the desired destination. You can't even delete routines in the app; you can only edit them. Overall, using it feels inefficient at best and confusing at worst.

Finally, the Amazon Alexa app seems to include smart home control almost as an afterthought. You can add devices and routines more easily than in the Google Home app, again with only a tap or two. But if you aren't opening the Alexa app regularly, you have to reorient yourself each time to use an interface cluttered with other tools. It's not a bad app, per se, but it's unfocused and it certainly doesn't empower you to explore the possibilities of a connected home the way Apple's Home app does.

The Home app might be the best of the bunch, but most people don't use the app much beyond setting up their smart home for the first time. So let's look at how everyday use works.

Scheduled routines, voice control and automation all look pretty similar between the big three voice-driven smart home platforms. You can schedule smart lights, for instance, to turn on at certain times, make them switch off when you leave the house (using location tracking on your phone) and tell your voice assistant of choice to toggle them anytime. These features all work essentially the same way across platforms, and although setting them up for the first time is easiest via HomeKit, there's not much difference once everything is in place.