Social TV burst? The revolution of color TV is much more than that 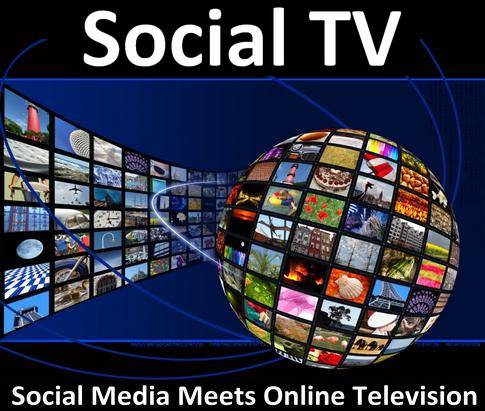 Consumer electronics was already in a trough in January, and it was a trough in February-for example, some mobile phone brands saw January sales fall by nearly 50% year-on-year. As another major piece of consumer electronics, color TVs are no exception. In January, nearly 20% and in February may fall by nearly 40%, allowing the market to chill directly to the "North and South Pole."

In this regard, AWE believes that "most of the declines are traditional products that have little selling point, and innovative products that truly represent the trend of consumer upgrading.

Does television need social features? This soul problem appeared around 2003 when Hisense launched TVs with built-in PCs. Around 2008, the teleconferencing industry saw a "telephone" trend. Large-screen high-definition displays and video conferencing systems formed high-definition "social" experiences and became the new darling of the professional market. In 2010, Hisense took the lead in launching "smart TVs": in principle, smart TVs that use similar ARM-SOC lines to smart phones should become "social products like smart phones", but ...

After 20 years of hard work, social TV has really reached the C position of the color TV stage. This is indeed the time for "online education" after the Spring Festival under this epidemic. It's not that the "home" can only watch TV at home, changing the "family status" of the TV set and letting the viewers who are constantly losing color TV come back. It is the combination with education that gives big screens, especially big screen social TVs that can communicate with video, a new "value".

Over the past 10 years, color TV viewers have lost more than half! The core reason lies in the rise of more entertainment methods and platforms represented by mobile phones-even the color TV is turned on as a "passing screen" dependency of the mobile phone and does not reflect independent self-worth. In the cloud office and online classroom, the big screen of color TV shows "new content carrying value"-in addition to entertainment, but also study and work.

Combined with social TV technology, color TVs have cameras, microphones, and machine vision and machine hearing, which can meet a better "functional integration" experience and provide a larger, more comfortable, and clearer "social immersion": this not only makes The hardware of color TVs encountered a new application or new content, but the "ecological system" of color TVs has undergone a qualitative change.

The combination of ecological qualitative changes and the special needs of the epidemic is used to explain why social TV occupies the C position today, and the efforts of the past 20 years have never made “TV become a social” protagonist, and it can better describe the “future innovation” of color TV .

Must have "ecological" innovative thinking

Smart TV is more about moving online content to the TV, just like adding a "signal interface"; this is no different from the work done by IPTV and OTT set-top boxes.

Therefore, color TV companies are only pursuing "power-on advertising", an alternative "profit innovation" that has been spurned by thousands of people. Because smart technology increases the cost of color TVs, it does not bring market value benefits-including application value and product premium. Compared with smart phones, new applications such as WeChat, mobile payment, and short videos have been created on smart phones. The development of smart TVs in the past 10 years is almost to watch "videos", but only adds a network video cluster.

"The criterion for assessing intelligence is 'application', not what the hardware is." With this thinking, to a large extent, the ten-year road of smart TV is "going away"-because even watching online content, It is also the OTT box and smart IPTV box that occupy the "main force" position.

For these views, many people naturally ask "why!" The answer is also simple: if the main function of the TV is still picture display and sound broadcasting, adding smart technology to it will not create a new "experience". In other words, the TV must have "more hardware features" to provide room for application innovation.

The success of social TV lies in the introduction of two new functional hardware (camera and PC have functions as early as 20 or 30 years ago), so that product applications can be innovative. That is, "the construction of the hardware ecology is the basis of the software function ecology". Without hardware innovation, software itself "cannot be turned."

Therefore, "color TV, TV, what will be the future" has become a question that must be clarified first. At this point, the color TV industry consensus was very clear and reached very early. That is to compete for the status of home intelligence center. However, in this regard, AWE has some new views: the big cake of this home intelligence center is good, but too big and too far: color TVs need a strategic jump in innovation goals, but they cannot be "high and far."

On the contrary, it is more “easier to practice” to use the social TV as a window and drive the industry “step by step” with a more mature and separate explosive application. At the same time, whether or not a color TV becomes a home intelligent center can't get around the proposition that the color TV first became a "rich media, integrated media" center. If even this phased goal cannot be achieved, there is no "play" for any IoT intelligent center.

Therefore, the popularity of social TV under the epidemic has not only established a new explosive category, but also brought new thinking to color TV innovation.