We're entering 2020 with plenty of exciting possibilities in kitchen tech. Here are a few ways to bring our smart kitchens into the next decade.

If there's one area of the smart home that enjoys a near-constant barrage of new technology, it's the kitchen. Not just because people spend so much time in their kitchens, but because there are so many different angles of attack for making it smarter.

Food recognition? Sure. Voice controls? You bet. Automated reordering or live cooking classes with world-class chefs? That too. So what could manufacturers and developers possibly do to improve the crowded smart kitchen of 2020? Well, Come and see with AWE.

The smart kitchen hinges on appliances learning to think for themselves, and that includes recognizing the food we put into them. We've seen this dish-detecting tech in the June Oven and more recently in Whirlpool's WLabs Smart Oven. When it works, it makes baking, roasting and even dehydrating much less intimidating. When it doesn't, you're left with burnt biscuits and a screeching smoke detector.

Meanwhile, the Amazon Smart Oven and Tovala Smart Oven can scan packaged foods sold in grocery stores. Sure, you might still have to stir -- and the Amazon model is unabashedly Whole Foods-focused -- but these devices use finely tuned algorithms to make use of power levels and other modes you'd likely skip over if you were doing it yourself.

Food recognition needs to get better, and then it needs to be extended into more full-size ovens and fridges. We've seen a few concepts demonstrated at trade shows, like Bosch's fridge that labels and tracks food and GE's Next Gen Kitchen Hub that watches your stovetop to tell you when your food is cooked. These are steps in the right direction, but the AI powering appliances like those could still stand to improve.

Progression like that might happen faster than you'd expect. LG recently announced a new AI chip focused on object recognition, and Amazon won a patent for a fridge that can sense spoiled food, but neither one has made it to market yet. There's a bit of the loop still left to close when it comes to recommending recipes with only the ingredients you have, reordering or making grocery lists and sending commands to other appliances. I'm confident we'll get there, but nothing available in stores today can convince me that it will do a better job of managing my kitchen than I can. 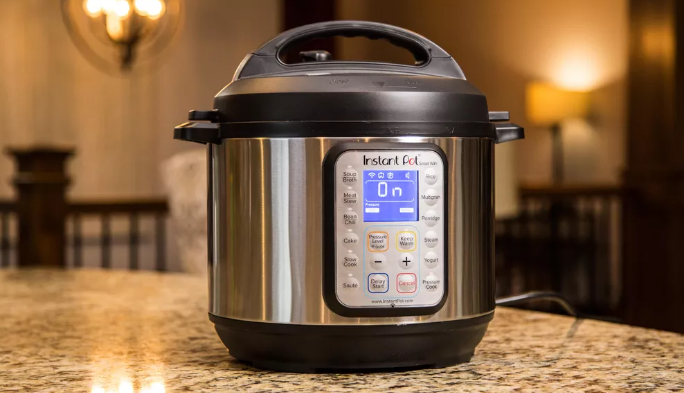 Companies have worked hard to bring smarts like voice control to large appliances, while small appliances are beginning to fall behind. There are a few smart coffee makers out there, and you can get an Instant Pot with Wi-Fi, but by and large most small appliances can only be smartened with a smart plug for simple on and off control.

The only smart small appliances that have shown promise are smart countertop ovens. Again, that's a good start -- but a smarter kitchen needs to include appliances of all sizes, even blenders, coffee makers or toasters.

A tidier world of kitchen apps

Most are apps for tracking recipes or controlling smart large appliances. Many find some way of linking up with Alexa or the Google Assistant. There are apps for ordering groceries from a number of different delivery services, including the option of ordering straight from the screen on your Family Hub fridge.

It's dizzying. I'd wager there are people out there who aren't seeing their smart kitchen's full potential because learning to organize, link and use all of those apps and features in an efficient symphony is just too overwhelming. I don't blame them. A smart kitchen needs one app that can do it all. That's a tall order with so many manufacturers and service providers catering apps to their own products.

A streamlined option, perhaps with broader partnerships, could create a one-stop shop for EVERYTHING. That's complex -- apps that control an oven and apps that order groceries and apps that show recipes are different animals. The best attempts we've seen are Chefling and Drop; each of those combines recipes and shopping lists with the ability to control several brands of smart appliances.

It feels a bit like the beginning of the smart home, when some devices worked with Alexa, some with SmartThings and some with Google Assistant. In the smart home of 2015, there was a mishmash of devices that worked well individually, but didn't talk to each other. The smart kitchen feels that way now.